If you are owned by a cat, you know they make terrible patients. When faced with a long recovery like amputation surgery, this DIY Houdini cat cone of shame can ease the stress.

Last month, Trikitty Ziggy came home from amputation surgery. That’s when he proved that a cone of shame is no match for a determined three-legged cat.

A Tripawd Cat on a Mission

“The medical director’s been practicing for something like 35 or 40 years now, and she said she’s never seen a cat as sneaky and clever at getting cones off as Ziggy is.”

Ziggy was determined to not wear the cone, and repeatedly ripped it off. Not even Tripawds’ favorite soft e-collar cone and a traditional plastic one worn simultaneously could stop him.

Desperately in need of a way to prevent Ziggy from bothering his incision, his humans @littlegreenapples tried a last-ditch effort at a DIY Houdini Cat Cone of Shame. They found the concept on Stack Exchange Pet Forum. Here’s what they shared in Ziggy’s Recovery Update:

“We had to make our own harness of sorts, in our case out of two shoelaces tied together. I started by putting the middle at the front of his neck and took each end around through the loops of his cone until I was back at the front. 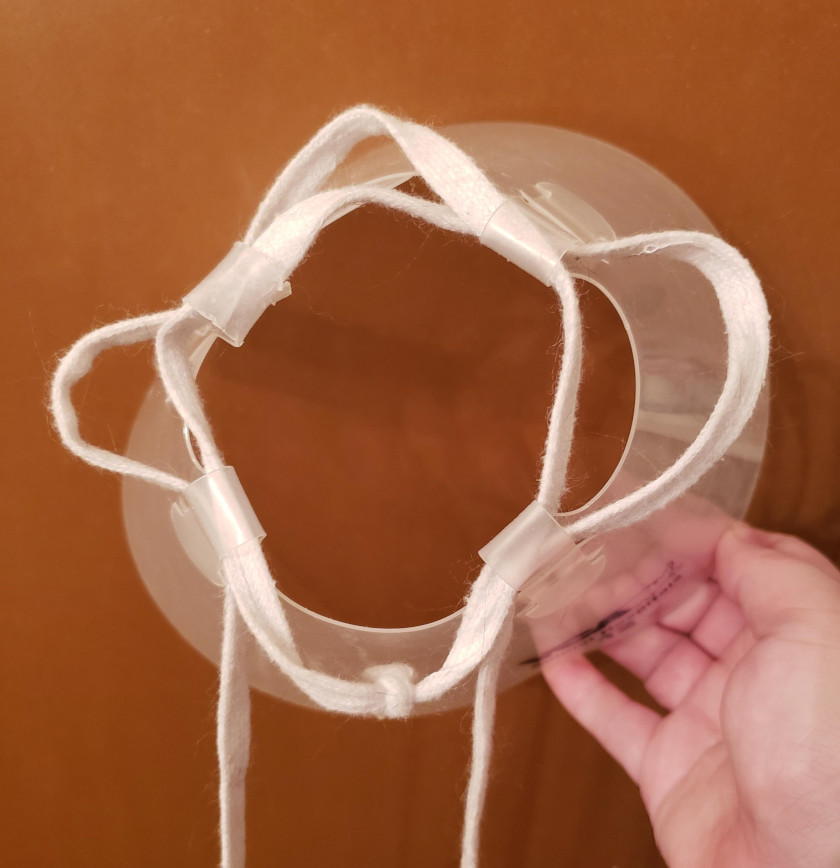 We took them down towards his armpits, criss-crossing the ends across his chest, under his arms, around his back with a cross again, and then finally through the back two loops of the cone before tying it off with a bow.

This is a diagram that shows kind of what we did.

He’s had several really serious tantrums that involved rolling around in the crate and trying to get it off. But he hasn’t managed yet including for 10 hours while we were sleeping. So it looks like we FINALLY outsmarted him! 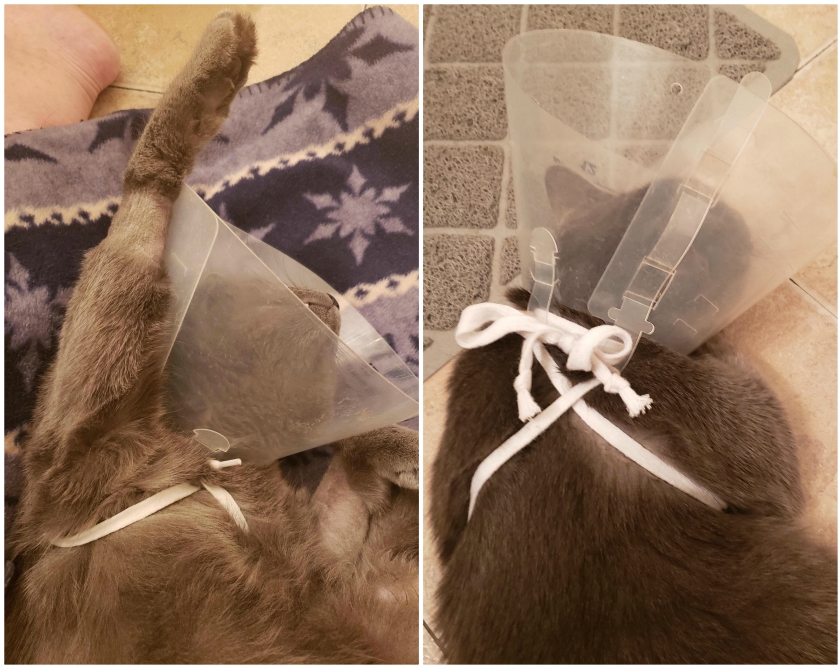 Use Caution When Creating Your Own Cat Cone of Shame

Things we found to watch out for were, of course, the tightness of the loop around his neck. The other big thing was that Ziggy would start tucking his front legs in, especially his elbows, so that we were accidentally giving him room to wiggle out.

I will also warn that despite several times of us being sure that the whole thing was perhaps a bit too much on the tight side and leaving it that way because he’s deceptively fluffy… HE STILL ESCAPED THIS. Not even once which I could have chalked up as a fluke, but three different times. Once it was partially tied, once he was trailing the strings which lead to a hilarious few moments of trying to catch him to remove it while his brother was pouncing on the trailing shoelaces and yanking him backwards… and the third time, the whole thing was still tied, with the double-knotted bow at the back. I genuinely have no explanation for how he got out of it that last time.

Fortunately the vet said that he could go without the cone provided that he wasn’t chewing his staples, and he’s shown absolutely no interest in doing that!

A big thank you to Ziggy’s humans for sharing this helpful information for a DIY Houdini cat cone of shame. If you have dog or cat amputation recovery tips to share, jump into the Tripawds Discussion Forums and tell us about them!

The Many Benefits of a Catio for Cats

2 thoughts on “The Houdini Cat Cone of Shame”