It’s not too late to enter our giveaway for a free life vest for your tripawd from EzyDog! We’ll pick a winner this Thursday, so hurry and get in on the fun! All you have to do is promise to provide a detailed product review for publication here in the Tripawds Gear blog.

We’d like to post a review of the EzyDog DFD life jacket for dogs before winter, and since Tripawds Spokesdawg Wyatt Ray hates to swim, we’re counting on one of our members to test the jacket. We have one Large Red EzyDog life vest to someone who promises to try it out on their dog and write a detailed, objective product review. 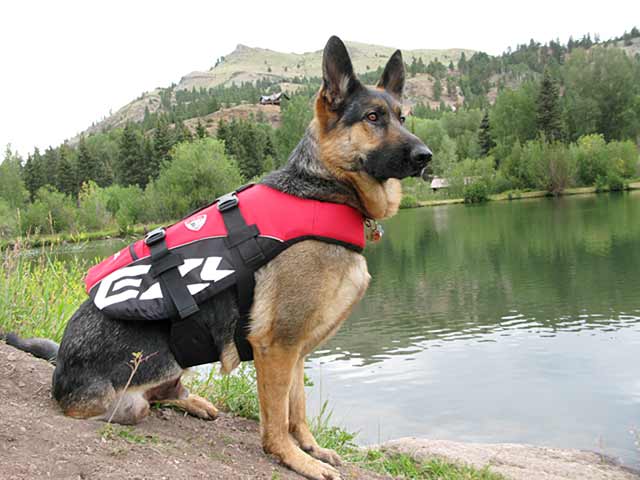 Please leave a comment below with all the following information to qualify for your chance to win:

Wyatt will select a winner at his discretion this week and announce the lucky dawg on Friday, September 16. Want to ensure you have a good chance of winning the life vest for your dog? Let us know what you will do to make your review in-depth and unique! Demonstration videos are strongly encouraged.

Act now for your chance to win this $52.00 value while there’s still plenty of time to get in lots of fun in the water!